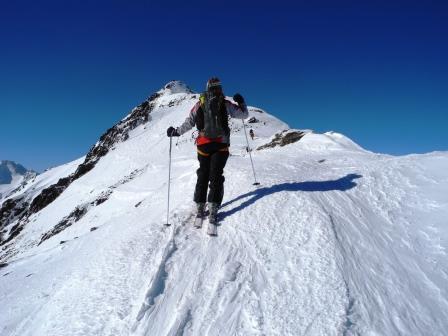 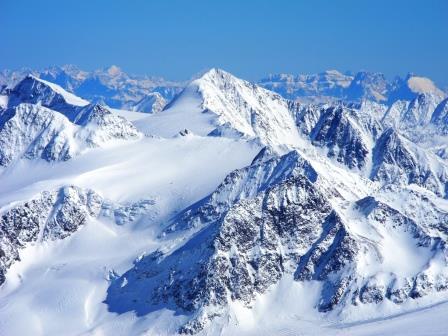 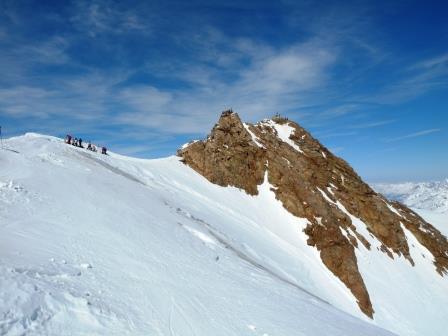 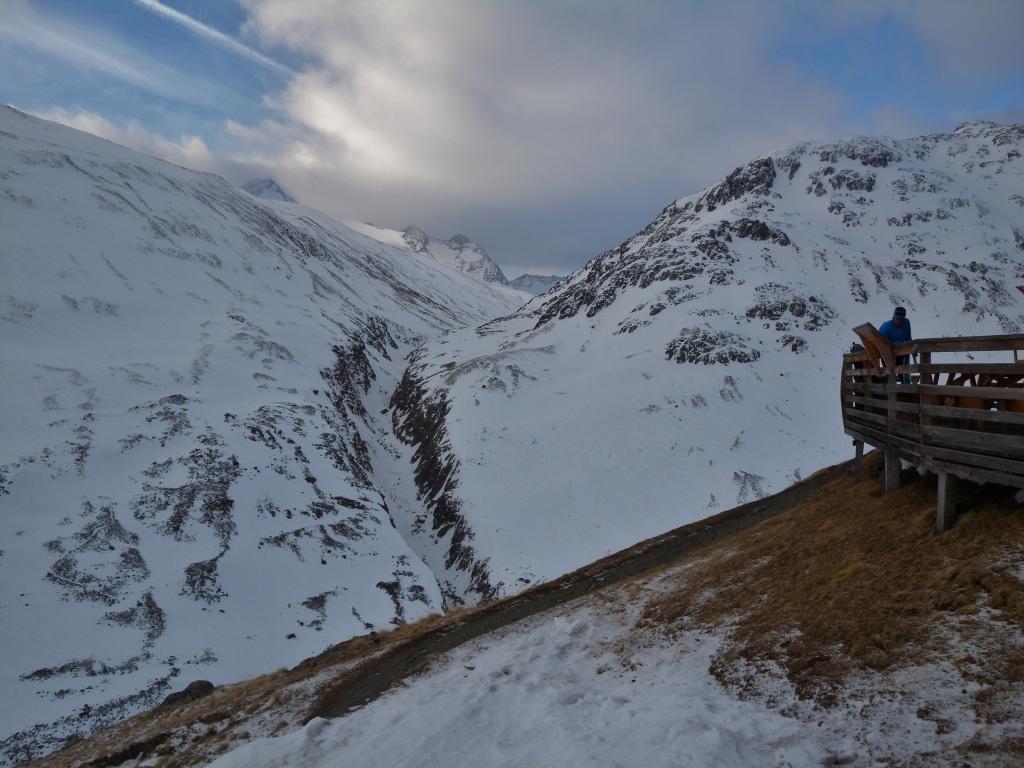 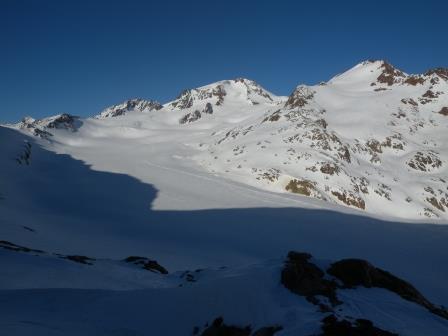 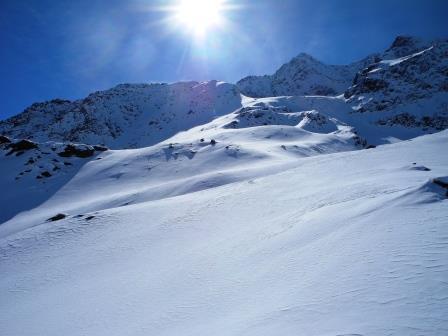 Oztal mountain range, located on the border between South Tyrol and Austria, is one of the best area in the Alps to have amazing ski mountaineering trips.

We have a chance to choose day per day among the most beautiful peaks of the valley, giving special care to the snow quality and the length of the slopes.

Meeting early in the morning and transfer to Maso Corto in Val Senales. Equipment check and up to Grau Wand (3200m) with the cable car, From there, short descent north side. Skins on we will climb the Hockjoch glacier and through a short snowy ridge we reach the top of Finailspitze 3514 m . Back on the same way going on until Hotel-Bellavista hut 2840mt. Dinner overnight and sauna.
Ascent 560 m - Descent 670 m + 200 - 4 hours

We start immediately behind the hut climbing up to the end of the chairlift. From there, turning left downhill, we enter in Hintereis Gletscher going through it untill the Weißkugel Col. From there, crampons on, climbing along an easy ridge we reach the summit of Weißkugel (3738 m), the second highest peak in the area. Once back to the col, we descent through the Hintereisferner Glacier until 2400 m. With a short ascent we reach the Hochjoch-Hospitz refuge 2413 m. Dinner and overnight.
Ascent / Descent 1400m - 6/7 hours

Today's destination is Saykogel peak 3355 m. From the hut we follow the narrow valley that returns to the Graue Wand slopes. Around 2700 m we leave the valley going up its left side, towards our summit. Along slopes that are never too steep, we arrive at the ski depot, where, once the crampons on, we reach the summit in a few minutes. Descent along the same way until 2900 m and than ascent to the Hauslabjoch 3300 m. From here we descend, crossing the place where the mummy of the Similaun was found, up to the homonymous Refuge at 3019 m. Dinner and overnight.
Ascent 1300 m - Descent 750 m - 6/7 hours

Ascent to Similaun peak 3606 m and come back to Maso Corto. From the Hut we gain the glacier climbing towards the pyramidal peak of Similaun. The slope gradually becomes steeper. For the climbing of the last step we need to put it on the crampons. Descent along the same itinerary to the Hut and than up again until the Hauslabjoch. From here long descent to Maso Corto.
Ascent 1100 m - Descent 600 + 1350 m - 6 hours

The program may be modified by the Mountain Guide according to the technical level of the participants or for weather reasons. 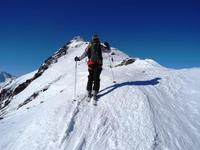 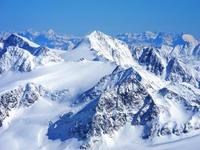 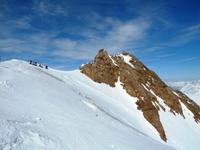 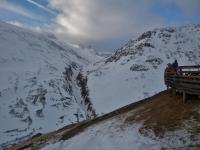 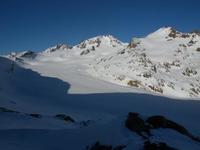 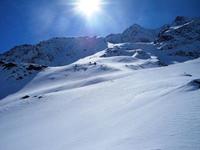 THE PRICE DOESN’T INCLUDE: Transfert costs, lift tickets, half board in the huts. Guide’s half board and lift tickets will be shared by participants. Injury insurance.