Piz Bernina, 4049 m high, is located in Switzerland in the Grisons region, bordered to the south by Italy. Characterized by great glaciers and many interesting peaks such as Piz Palu and Piz Zupò. The choice of itineraries that we suggest to you contains two of the most beautiful trips of the whole massif: The Palu + Bernina crossing and Biancograt ridge, one of the most famous and aesthetic itinerary of the Alps. 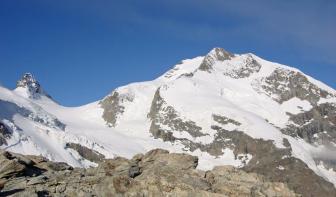 Whit this proposal, we try to gives honor to the beautiful Bernina massif, with a complete and rewarding visit. On the second day will cross the Palù peaks high just a bit less than 4000 meters, and then the summit of Piz Bernina.